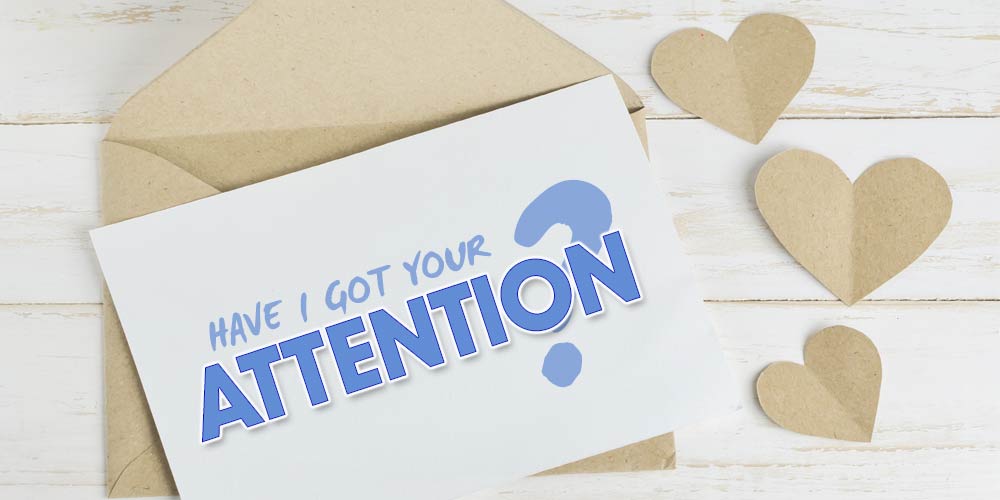 In a digital era where smart phones are never far from our side, we stream tv and music, and letter writing is a bygone hobby, is there still room for Direct Mail and does it even work? According to the Office for National Statistics, in 2018, 95% of adults aged 16 to 74 years were recent internet users. Factor in that Ofcom reports that 88% of UK adults who are online typically spend around 24 hours a week doing so, is it worth investing in Direct Mail at all?

Advertising Mail (Direct Mail and Door Drops) is the third largest media channel in the UK, worth an estimated £1.7bn annually according to JICMAIL (The Joint Industry Committee for Mail). So it’s hard to say that Direct Mail has had its day given these figures. Mail can be a much more personal, tactile, and memorable touch point for business to harness. But it’s important to get the message and the design right. The important considerations for direct mail campaigns are discussed in this article and explain why Direct Mail is just as relevant (if not more so) in today’s digital age.

A message that is memorable, is simply more likely to inspire action according to Neuro-science findings. A recent study commissioned by Royal Mail indicates that direct mail is remembered much more than its digital counterparts. Results highlighted that mail activates areas of the brain responsible for long-term memory encoding (anything over a few minutes) at 49% more than email and 35% more than social media advertising. This is crucial as it has been shown to influence decision making and purchase intent.

Did you know IPA (The Institute of Practitioners in Advertising) Touchpoints reported that 37% of people bought or ordered something in the past 12 months, as a result of receiving direct mail.

Another factor in promoting long-term memory (and mail success) is to stimulate engagement. When a person engages with content, it is because it feels personally relevant or useful to them and is therefore more likely to be remembered.

Well designed direct mail is 33% more engaging than email and 35% more engaging than social media advertising. This could be as so much is happening online that often digital marketing has to work much harder to be cut through the noice and get noticed. Whereas with mail it often requires the recipient’s attention to be focused solely on that task for a time. In a study by Royal Mail people said they are likely to give mail (65%) rather than email (35%) sent from companies their full undivided attention.

Did you know According to Royal Mail there is a single, clearly identifiable household coordinator who sorts and distributes the mail in 84% of households and that this coordinator is female in 68% of these homes.

JICMAIL also states that for mail in the home, 38% is put on display (or in the usual place to look at later), 21% is shared between the household, and 18% of special offers or discounts are passed on or discussed with someone else, extending the mail’s reach and lifespan even further.

The longevity of mail is also longer than digital advertising. 45% of advertising mail has not been thrown away (or recycled as we all do now!) after a whopping 4 weeks and is revisited during that time on a number of occasions. After the same time period a respectable 14% of door drops are also still in the home. One of the top categories for longevity in door drops (other than the usual take away menus!) is for trades people and retail, where 16% of these mailings will remain in the home for well over a month.

Did you know Young adults living in shared accommodation were 75% more likely to buy or order something as a result of door drops, meaning direct mail is not just effective for older generations as is often presumed.

So does Direct Mail actually work? According to JICMAIL 70% of all Direct Mail items are opened – an enviable statistic compared to a cross industry average of 20% for email marketing (open rate according to MailChimp). Door drops (un-personalised mail, usually flyers or leaflets) also perform well with 79% being read, looked at or saved to look at later.

Data also found that 31% of all addressed advertising mail leads to a commercial action such as visiting a sender’s website or making a purchase. Combine direct mail with social media campaigns or tv advertising and effectiveness increases again. ‘Memory encoding’ (critical for building lasting impressions) for social media advertising was reported as 44% higher when people had seen mail first and they also spent 30% longer looking at the subsequent social advertising.

If you’re looking to create a memorable direct mail campaign then get in touch. Help your message to get to the right people, in the right way, at the right time. The initial cost of mail advertising may be higher due to production and postage costs, but when effectiveness and ROI can be so much higher, it can pay for itself and more. Long live effective Direct Mail!

If you are interested in hiring a freelance graphic designer for your next Direct Mail or Door Drop project email hello@cazdaviesdesign.co.uk and start the conversation.

Scroll back to top
We use cookies to ensure that we give you the best experience on our website, If you continue to use this site we will assume that you are happy with this.OkPrivacy policy